Held every year, the Oregon Wine Symposium is marked as "the premier educational event and trade show for the Northwest wine community." This was the first year that I had the pleasure to attend and following this past harvest, I was looking forward to lectures on some pretty hot topics in the Willamette Valley during the 2015 season. For locals you might have picked up on my pun there, but for the uninitiated, let's just say that year after year the Willamette Valley never ceases to surprise with the forecast. We'll get to that in just a moment, but first, an overview.

The two day event is organized by the Oregon Winegrowers Association and is held at the Oregon Convention Center in Portland. It features more than 200 exhibitors on the trade show floor and pulls in guest speakers at the top of their fields, from local icons to world renowned professionals. And perhaps one of the coolest components is that at any point during the symposium you might just bump into one of said icons, personal wine heroes, or the like.

This year, the lineup of speakers ranged from Patrick Criteser, CEO of Tillamook Country Creamery, to Rich DeScenzo, Group Leader of Microbiology at ETS Laboratories - essentially big picture business to DNA fingerprinting yeast cells in a winery...you get the idea. To say that there is something for every sector of this industry represented at the Symposium is an understatement. That said, there seemed to be one topic that transcended every niche of the wine business because it affects us all - climatology reports.

Dr. Greg Jones, Professor and Research Climatologist at Southern Oregon University, returned this year to provide a wrap-up of the 2015 growing season and some projections for what's ahead in 2016. Slide after slide of his presentation showed us that last year was one for the record books - not just Portland experiencing the most 90 degree days in a calendar year, but 2015 taking the cake as the hottest year in history. With much of the Northwest being victim to an El Niño pattern, we've seen the temperature of the ocean increase, which is even more drastic than land heating. The Arctic Sea ice extent is at its lowest level ever and the temperature gradient between the poles and the equator has dropped, resulting in the jet stream becoming more pronounced. Add to that a statistic like a record breaking accumulation of rainfall in Oregon between December 2015 and February 2016, it's no surprise to see meteorologists, viticulturists, winemakers, and even hospitality managers scratching their heads and wondering what lies ahead.

Queue the projections for 2016: To put it simply, Dr. Jones says to expect more of the current trend. Anywhere from 2012 to 2015 heat or beyond. With California already seeing bud break, I can't imagine we'll be far behind. Karen Peterson, Viticulturists at REX HILL & A to Z Wineworks, reported this morning that we are already seeing wooly bud stage in some vineyards! Will it be another early harvest in 2016? Will the rain let up and tourist season kick off early in the Valley? I guess we'll just have to wait and see. One thing is for certain, we can look forward to another year of surprises and I suspect another seminar full of coverage of what went down at next year's Oregon Wine Symposium.

The effects of water on tannin levels in grape development - Part one: Soil science

Last month I had the pleasure of speaking at the Oregon Wine Industry Symposium on a panel talking about grape and wine tannins. Anna Matzinger, Steve Price and I wanted to clarify what tannins are, how their levels in wine affect texture and structure of the wine, where tannins come from, the role of soil moisture on grape tannin levels and how harvest date affects quality of tannins.

Anna Matzinger, Matzinger Davies Wine Company, opened the discussion with a tasting of four Pinot Noir wines from 2015 with tannin levels varying from 250-700mg/L. The wines really highlighted what increasing tannin levels in wine does to the structure and texture of a wine. Anna has a great perspective on wine tannins for she’s been making wine the Willamette Valley for over 15 years now.

Steve Price, S Price Consulting and ETS labs, is a wealth of knowledge on tannins and has spent the last 25 years of his life dedicated to improving the industries understanding of grape and wine tannin. Steve talked about the importance of time to develop tannins and the relationship between catechins and tannins.

I was tasked with talking about the relationship between soil water status and grape tannin levels. It was a great opportunity to improve my understanding of the relationship, and helped me come to terms with the difference between dry farming here in the Willamette Valley and the irrigated vineyards in Southern Oregon. On dry farmed sites factors like soil type, depth and texture, along with the seasonal rainfall have a profound effect on tannin level. In vineyards where there isn’t enough soil moisture to sustain the vines for the entire season, supplementary irrigation is needed. In those vineyards you have more control over the tannin levels of the grapes. To understand this topic and prep for my panel discussion, I studied three key disciplines: 1) soil science; 2) plant physiology; and 3) irrigation management.

Before I get into this I will say that I think the Internet is great for researching topics but I really like books.

When looking at soil science and viticulture I always reach for my trusty book by Phil Nicholas, Soil, Irrigation and Nutrition (2004). What I learnt was: soils hold water but not all the water is available to the plants because some of it is held to tightly to the soil particles. What’s available to the plants is called Plant Available Water (PAW) and it is influenced by the depth of the soil (or to limiting layer) and by the texture. 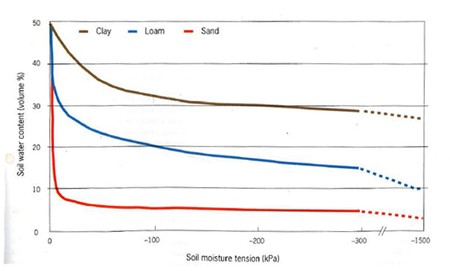 While attending the Oregon Wine Symposium in Portland last week, A to Z, REX HILL and a few other wineries were able to present some of their research and development projects. I had the opportunity to present a project I supervised last harvest at REX HILL.

There are two distinct phases to make wine from Pinot Noir once the grapes have been harvested and put in a vessel:

We designed our trial to be able to quantify how much of the anthocyanins and tannins would be extracted during the cold soak period. After leaving the must for two weeks at 40F we ran our first batch of analyses. We then pulled a barrel worth of juice and fermented it in order to see if the alcoholic fermentation would, in any way, affect these numbers. We were hoping to create a wine that has a dark color but a lighter body. The must left in the tank was fermented traditionally with native yeast and got a couple of daily pump overs or punch downs and would serve as a reference point.

We got some good results from this trial and we thought it would be great to publically share what we have learned. So here I am, presenting the trial, answering questions and explaining why we did what we did to a public who was very appreciative of the conversation. They had the opportunity to taste both wines: the wine made from juice fermented in the barrel and the wine made traditionally. The wine fermented in barrel has a good color, is supple on the palate and exhibits pleasant and rich aromatics; it has been often compared to a wine from Beaujolais. On the other hand, the wine fermented in tank shows concentration, a dark color, complexity and great structure. People had, of course, different opinions on which wine was their favorite but the common factor was that they were all excited by the fact that we were trying to push the envelope of understanding how to make better wines.

From a personal point of view, it was great to interact with some of my fellow colleagues on a subject we are all passionate about. It felt good to be an active member of the Oregon winemaking community and to represent A to Z and REX HILL at a public event. 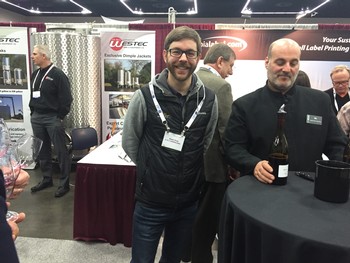 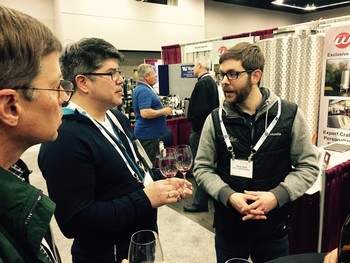