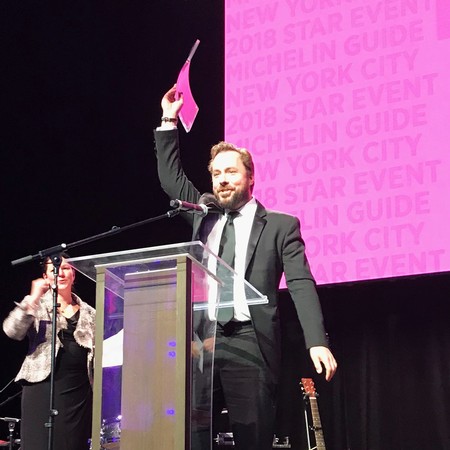 Robert Parker’s Wine Advocate and Michelin Guide will host their inaugural Extraordinary Winery Awards gala in New York City on October 30, 2017. Willamette Valley’s REX HILL is one of three nominees for the Under the Radar Winery Award, wineries that are “poised to become the next-great-thing.”

REX HILL was purchased in 2007 by A to Z Wineworks. Two of A to Z’s founding winemaking partners, Cheryl Francis and Sam Tannahill, and Executive Winemaker, Michael Davies, reduced REX HILL’s production by roughly 80% to refocus on wines only of the highest quality. Today REX HILL wines compose just 3% of A to Z’s total production, resulting in the ability to craft wines of singular focus and refinement. The winery’s estate vineyards are farmed using Biodynamic principles, including the flagship Jacob-Hart Vineyard.

The event will feature MICHELIN-starred chefs Daniel Boulud, Ken Frank, and Eric Ripert. Reflecting on ten years elevating the REX HILL brand, Tannahill says, “We are gratified for this recognition from The Wine Advocate affirming our strict pursuit of quality for one of the Willamette Valley’s legacy wineries. These are not wines we ‘have to’ make, they are wines we have the privilege of crafting.”

REX HILL has been making elegant Pinot Noirs for over 35 years in the Willamette Valley at the gateway to Oregon's wine country. REX HILL honors exceptional single vineyards and continues a legacy of singular Pinot Noirs that reflect their origin.