Australia Day marks the arrival of Britain's First Fleet to Australia in 1788. Follow this 14-step guide to celebrate Australia Day like an Aussie: 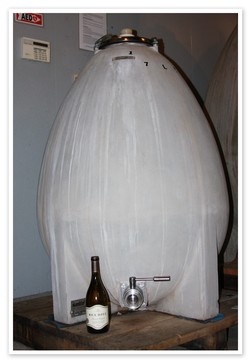 Valley to Valley (Napa to Willamette)

My husband and I first visited Portland three years ago on vacation, and we fell in love with the city. The people here are much more relaxed; the city is clean and has such an urban, artsy feel to it; the food is amazing; and there are so many unique shops and a sense of creativity all around. Don’t get me wrong, Napa is beautiful with amazing food, a central location, and a small tight-knit community. It was just time for a change after living there for almost all of my life.

This is a tough and sensitive subject! When I first started working here, my co-worker joked about Napa being good for auto parts. I sensed a little competition, similar to Napa vs. Sonoma. Napa and the Willamette Valley are two very different wine regions. One reason is the weather. Napa has a very hot and dry climate with very cold winters, ideal for Bordeaux varieties. The Willamette Valley is much cooler, making the weather more ideal for Burgundy varieties.

I do have to say that the Pinot Noirs here are delicious! They are much lighter than what I’m used to, but balanced and structured. I look forward to learning more about Oregon Pinot Noir and drinking more of it too!